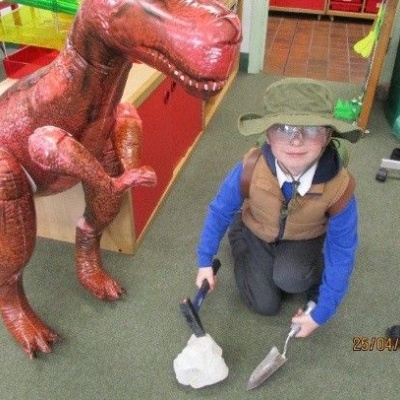 A gigantic dinosaur appeared in the Year 1 classroom but the children weren’t scared! They became dinosaur experts and palaeontologists for the day, The children searched for fossils buried in the sand and then used magnifying glasses to observe them closely. They even made their own fossils using salt dough. They found out about different dinosaurs using non-fiction books and created stories about how the dinosaurs became extinct. Out in the forest they discovered a huge egg and are now anxiously waiting for it to hatch!